Russia, Putin and The Impact of War on the Global Economy 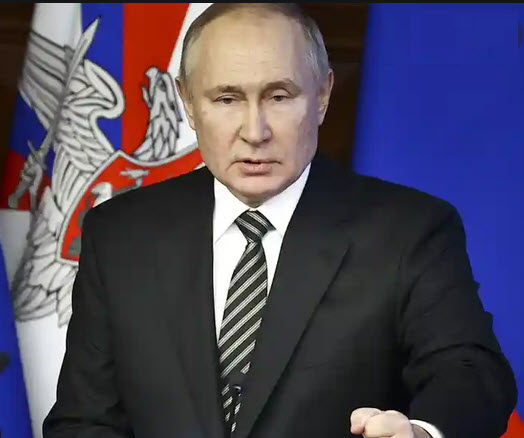 Authoritarian leaders have many things in common: A need for self-glorification, self-preservation, vanity and power are four of many. They can never get enough of these. One person dictates the future of millions held captive by fear and repression and effects millions in the Ukraine by what ammounts to an open decleration of war. On the one hand, Putin's agenda appears to be founded in reclaiming a long gone era of Russian influence and power and countering his fear of NATO expansion to Russia's borders. While this is no doubt influencing his decisions and causing mayhem with his fragile ego, one can also infer that what is motivating Putin - under the guise of a strongman - is fear for his own political surivival and his legacy with the West encroaching on his doorstep, a Russia that has been broken up and is only a part of it's former empire.

This is Putin's war, not Russia's war. Putin's strategic plan, if he follows through into Ukraine which looks more probable at this juncture, will have severe financial repercussions for Russia. Not only will maintaining a war be costly for Russia, the economic sanctions will - once fully implemented in the event of a full scale invasion of Ukraine - be crippling. The Ukraine will not sit idle with its 200,000 person army plus reservists joining them and funding from the west.

Russia's allies are few and not surprisingly are authoritarian leaders with their own empire building or reclaiming agenda's. China while overtly supporting Putin treads a fine line. It will be wary of supporting Russia too much as it still needs America as a trading partner and will therefore not want to further alienate the USA.

Oil prices have - as we mentioned in our last blog article - spiked higher and will continue to remain high as the war begins and uncertainty about Russia's overall intentions remains known only to one man. Oil prices will only be further exacerbated by Saudi Arabia refusing to pump more oil in the near-term. These are the likely near term implications along with fears of a war spreading beyond Ukraine and a recession.

High inflation on the domestic front combined with higher oil prices will fuel (no pun intended) continued market volatility and yes, may dampen consumer demand as fears of recession surface.

While a war in Ukraine and fears of this spilling over into Europe along with a recession are front and center stage, the most troubling economic issue is high inflation. Dampening global demand with the backdrop of war would help towards curbing inflation. In addition, as western countries start to treat the "pandemic" as being "endemic" and remove restrictions on travel and mask mandates, this too should help towards resolving many "supply chain" issues. This will likely take time but we could see indications of this happening by the second half of the year. If inflation numbers comes down and supply issues get resolved in the second half of the year, we could see a market recovery. For those who see this as a possible scenario and are willing to take a longer term perspective, the current declines in stock prices may offer some compelling opportunities. For those who do not see this scenario as likely and are concerned about the Ukraine conflict spilling over into Europe and leading to a recession, positioning for defense until more clarity emerges is a more prudent action.

As mentioned, we see the price of oil remaining high for the immediate duration. How much uncertaintly will remain should a full scale invasion occurs remains to be seen. History tells us that pending military action is often met with declining markets but once an invasion happens, markets can often recover. While that may be counter-intuitive, the full impact of war will have been more fully discounted prior to that point.

The markets do not like "uncertainty" and the question is how much "uncertainty" has been factored in "going forward" and is it enough? This is a big question with significant fears looming in Europe about a Russia that has essentially upended the fragile balance of "order" in the region by walking away from all agreements that were in place.

The delusions and self-serving rethoric of Putin is an aggressive act of war that will have significant consequences to the stability of Russia, the region and the rest of the world. The military accords that have maintained a post-second world war "relative" order along with diplomatic ties are now gone. A new order will need to emerge, an order where Russia can no longer be trusted. A new cold-war has started.