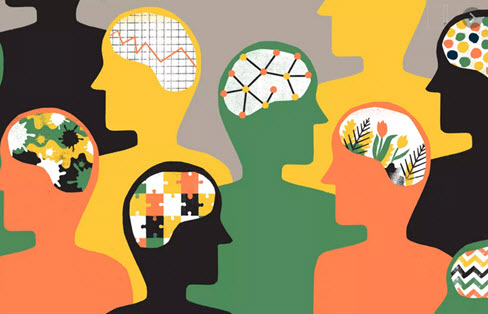 If all these "knowns" have been known for some time, why did the Dow fall by over 1800 points today? The Federal Reserve has not changed it's stance with respect to its commitment to unlimited fiscal intervention and the government is more than likely going to pass a new stimulus package in July. So what changed? The Federal Reserve communicated a more realistic growth outlook and recovery timeline for the economy which co-incided with the unsurprising news that the virus is continuing to spread in the USA. Both of these realities were already "close to guarranteed knowns", so we must summise that the markets needed to be hit over the head with a two-by-four, before it could begin to accept it. It's time for the re-callibration of expectations.

Science is going to dictate the path to recovery and getting life back to a new normal. That is the reason the OWS was formed. Until such point one or more vaccines are developed and pass the rigors of the clinical trial process, there is not going to be any freedom from the contraints that the coronavirus brings with it. The typical scientific development process for a vaccine can be 4-8 years. A "Warp Speed" scientifc discovery process within 9-12 months for a vaccine, which is exciting, would be a first in history. There are a huge number of variables that ALL have to go right in the discovery process as well as the manufacturing and distribution of a proven vaccine to every human being to accomplish such a feat by October-December 2020.

While we are very confident that the overall objectives of OWS as well as other global efforts to discover a proven vaccine will be successful and will occurr much faster than any other vaccine in history, the odds of this occurring - in addition to the manufacturing and distribution - between now and 2020 are on the low side. We believe that this is far more likely to occur sometime in 2021. If 90% of all the items we just discussed go right, then perhaps by early March or April 2021, a vaccine will have been discovered and be in the very early stages of being administered. We think mass vaccination of entire populations is more likely towards the middle to end of 2021. It will be an incredible accomplishment, if this all plays out by the end of 2021. The timeframe for all of this to play out is the unknown.

When solid scientifc data emerges for one or more vaccine candidates, market "optimism" will inevitably soar. The latter alongside further government stimulus and Federal Reserve support, means that the markets will have an unprecedented rock-solid baseline of support. However, the impact of the virus which will still be in circulation (until OWS and its other equivalents around the world are successfully administered) will still be felt.

As economic data and scientific data come out, the markets will likely start to digest a more realistic pattern for recovery. The highly optimistic view is the least likely outcome.The most pessimisitic outcome is also the least likely outcome. The truth will undoubtedly be somewhere in-between. Until OWS is successfully concluded, human beings will remain more cautious and economies will be hampered in their recovery effort depending on how the virus circulates from region to region. In the USA alone, 40 million plus people need to find employment. That is going to take time. Travel, Entertainment and Retail will take time to fully recover. The less vigilant the response to the coronavirus, the more havoc it will wield, region by region which in turn will slow the recovery process.

While new market all-time highs are always possible even if irrational before the above plays out, it seems unlikely. We did however come within approximately 200 points of a new all-time high on the S&P 500 with little more than a high degree of optimism for a recovery to support it. The better than forecasted employment numbers turned out to be incorrect, but this news was not widely broadcasted.

As we mentioned in last weeks blog post, human nature will always present investors with opportunities.